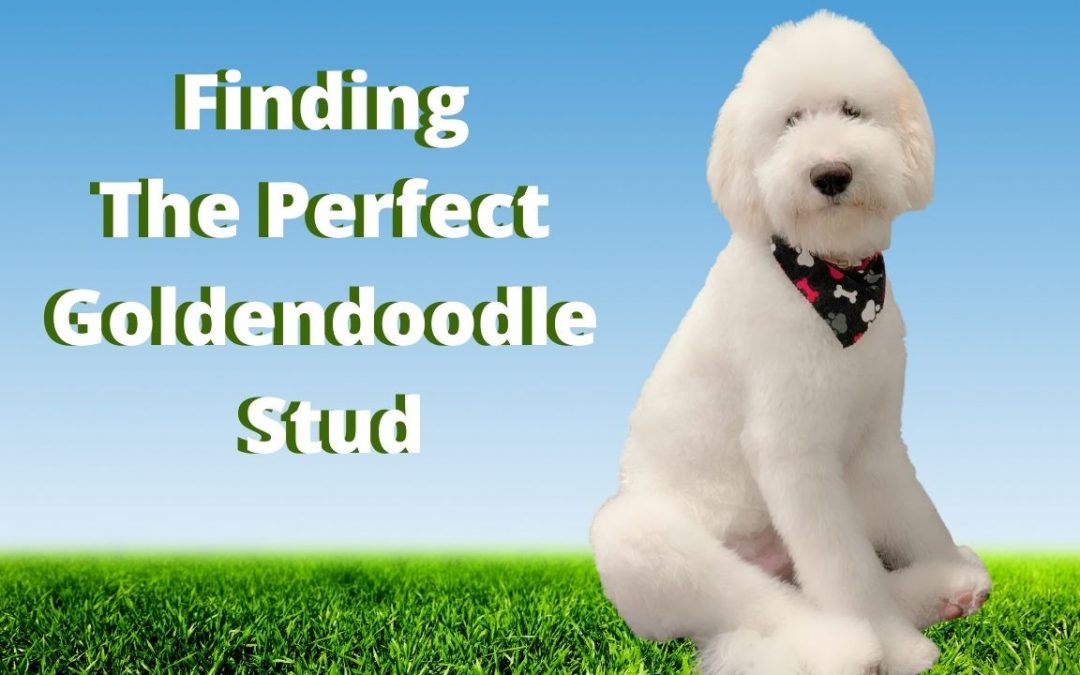 There are good reasons why goldendoodle breeders are so interested in pairing up dogs that are a good match. These clever crossbreeds have been increasingly popular over the past few years, and for good reason: They have inherited some of the best traits from their parent breeds. One of the best matchmakers out there, the goldendoodle combines the calm, friendly demeanor of a golden retriever with the non-shedding coat of the standard poodle. These clever crossbreeds make excellent pets, and they also make great service dogs. But not every goldendoodle is right for a goldendoodle stud service. If you’re considering this path, you’ll want to know more about the process and its effects on the dog you’re bringing into your family. Keep reading to learn more about how to select a goldendoodle stud service.

What Is A Goldendoodle Stud Service?

What Are The Benefits Of A Goldendoodle Stud Service?

One of the best benefits of a goldendoodle stud service is being able to breed you female without owning a second dog.  You will also enjoy the benefit that comes with most professional stud services and that is that you will be breeding with a proven high-quality male.  These encounters usually result in a positive pregnancy and high-quality puppies (depending on the quality of both dogs).  A stud service has a way of bringing together family members and strangers alike, so you can make new friends and expand your social circle because you share the same common interest.

Things To Consider When Selecting A Goldendoodle Stud Service

When you’re trying to pick a goldendoodle stud service, you want to make sure you pick one with the right setup. There are several things to keep in mind to get the best stud service experience possible. – Location: Ideally, you want your goldendoodle stud service to be nearby. That way, you can visit the service dog and gain a better feel for how it works with your home and your lifestyle. It’s also easier to maintain your two dogs when they’re close to home. – Facilities: Another important thing to keep in mind is the facilities of the breeder you’re considering. A good stud service dog breeder should have a clean, well-kept facility. Your dogs should be able to eat from bowls that are filled with clean, fresh water. They should also have plenty of space to run around and get some exercise. – Does The Service Dog Breed Are You Considering Have Successful Stud Services? Can you see examples of previous offspring, either live in the facility or videos and pictures?

How To Find A Good Goldendoodle Stud Service

When looking for a goldendoodle stud service, make sure you do your research first. Most breeders will advertise their services online, and you can look through the listings of breeders in your area to find one who fits your needs. You can also ask other goldendoodle owners in your area if they know of any reputable breeders. It’s also a good idea to contact a few different breeders before you find one you click with. That way, you can compare notes and see if any of them really stand out as the perfect fit. Keep in mind that the golden-poodle stud service may be a hard one to find in your area. Most breeders will not offer it, so when you’re looking for a goldendoodle stud service, make sure you keep this in mind. You can also hire a dog walker to visit several breeders and help you narrow down your options. While you’re out, take note of the facilities, the location, and the general vibe of the breeder’s kennel. That way, you’re ready to make an informed decision when you visit the actual breeder.

How much is a Goldendoodle Stud Service Fee?

Fees will vary from breeder to breeder.  Many factors will come in to play including the quality of the stud, his history of results, and how sought after he is.  A standard stud fee may range from $750 to $5,000 per successful tie. Some breeders may ask for the lower fee range ($750-$1,000) plus First Pick of the litter.  This way the female’s owner does not have to put to much money up front and may still afford to breed her dog.  Most stud services make their fees non-refundable as their stud is not the only variable in the equation for pregnancy.

How Many Ties Should Goldendoodles Have To Guarantee a Pregnancy?

It is strongly recommended that there be two ties negotiated when hiring a stud service.  Though one tie is usually enough, two ties almost guarantee it.  The report rate of pregnancy of two healthy dogs is usually 60% with one tie and over 80% with two ties.  So as the statistics point out there is no guarantee of pregnancy but two ties’ producers a high likelihood of success.

The female will usually be brought over to the stud’s owner or facility. The stud’s owner will monitor the dogs for acclamation with each other.  If the stud is experienced, the instant smell of a female in heat will let him know that it is time to get to work.  Sometimes the female will not easily accept the male even if the heat cycle is timed currently. The correct time is usually around the 10-day mark of her heat cycle.

The stud’s owner may help both dogs get in position and encourage the tie. Once the tie is accomplished both you and the stud owner will help hold the two dogs securely until the tie is naturally broken.  Aggressive or forced separation can result in an injury to the stud.

When opting in for two or more ties, they are usually done on different days.  You may schedule a tie on day 8 of the heat cycle and another on day 10 for example.  That’s why choosing a stud service that is close by is a good idea. You will usually make three visits to the stud service.  The first one would be to meet the stud to make sure he is what you are looking for and the other two would be for the breeding.

If you’re looking for a breed that’s easy to train and very loyal to its owner, you can’t go wrong with a golden-poodle. These clever dogs are great around children, but they also make great service dogs. This makes the goldendoodle very popular and in demand.  This is also another reason why a high quality goldendoodle stud service can be hard to book.  Most quality studs are hotly sought after and booking can be limited.

To consider The Doodle Dynasty as your goldendoodle stud service, you may reach out to us at [email protected] or you may reach us through our contact form by clicking here.